Grand Theft Auto 6 (GTA 6) is the long-awaited sequel to the best-selling adventure, GTA 5. Given the huge amount of money made from the latest Grand Theft Auto and its online content, the next part is only a matter of time. It will not be released in 2019, that’s for sure. Despite the various pop-up messages appearing on the screens of GTA Online players, GTA V will not continue next year. The fraudulent messages that have since been debunked by Rockstar itself. The likely time interval of GTA 6 release is around 2021, if not at an even later date. This timeframe suggests that the sixth chapter can be released on time for the next Xbox and PlayStation generation.

A number of rumors claim that we might witness a return of GTA to Vice City. The studio already did that trick staging the events of the fourth chapter in Liberty City. Perhaps this time we’ll get back to the roaring 80’s or even see a contemporary version of Vice City? That remains to be found out. Some rumors also claim that the events might unfold outside the U.S. Among possible options, sources name London, Paris and Las Vegas.

One of the biggest changes that can be made to the game is the introduction of a girl as a main character. Before Rockstar has repeatedly used males only for the leading roles. But, according to the company, they just hasn’t see any opportunity for adding a female character that would fit into the scenario. This time things might turn out right to add a representative of the tender gender to the world-famous gangster franchise. It is also debated whether we’ll be able to choose between several characters, like we could in GTA 5. This certainly brought in a lot of versatility and dynamics. Maybe Rockstar will even add the option of creating a customizable character according to the player’s taste. Of course, that would change the balance of narration, but it would be an interesting feature to introduce. There is still a lot to find out about the upcoming release and we’ll keep you updated on the latest information on the future game. Check our site once in a while not to miss anything! 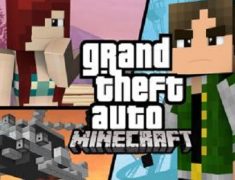